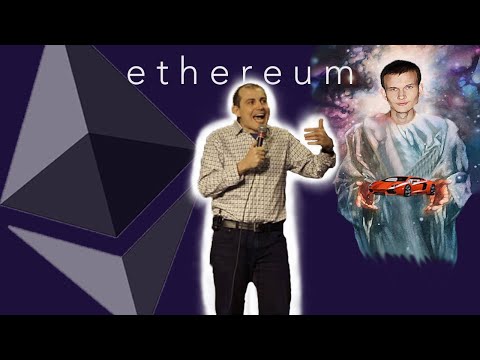 The LTB Network is a publishing platform built on token-controlled access (TCA) technology developed by the team at Tokenly.com and created for content providers to present the ideas and people involved with cryptocurrency
[link]

Taken from LTB #414 Live Q&A
Stephanie Murphy: “What's everybody's view on Rootstock (RSK)?”
Andreas M. Antonopoulos: I don't think Rootstock is putting smart contracts on Bitcoin. Rootstock is allowing you to use Bitcoin to pay for smart contracts on the Rootstock Drivechain, which you could theoretically do by shifting money into Ethereum. In fact, recently I saw someone who had built a gateway that allowed you to make a Lightning payment that terminated in an Ethereum contract. So there's many ways to bridge different blockchains together. Quite honestly, I don't think we should be doing smart contracts on Bitcoin. Bitcoin doesn't do smart contracts, and it doesn't do smart contracts because it does security. That's not a trade off I think is worth doing. It's much better to leave that to a chain that has a much more experimental culture and can take bigger risks.
As to whether we can do smart contracts, that's not a binary question; it's a question of value. So can we do smart contracts that can keep $1,000,000 secure? Yes. $10,000,000? Maybe. $100,000,000? No, the DAO proved that. How about now? DAI is doing more, so maybe yes. So it's basically a moving front. As the the maturity of the smart contract ecosystem expands, we can do bigger and bigger stakes (no pun intended) within the smart contract ecosystem. Every now and then there's gonna be a fairly catastrophic failure that's gonna cause a regression in the amounts of money that's put in them. But essentially it's growing. We're proving this every day, and it's the same thing with Bitcoin. The way you measure security in a smart contract or you measure security in a cryptocurrency like Bitcoin is how secure is Bitcoin? X billion dollars. That's the stake that is sitting on it right now, unhacked so far.
BONUS: Bitcoin's security model as block reward approaches 0.
Stephanie Murphy: “Do you think Bitcoin will be able to shift from block rewards to transaction fees to maintain security as the block reward approaches zero?”
Andreas M. Antonopoulos: “This is one of the fundamental misunderstandings and dynamics of mining for most people, which is the idea that something suddenly happens sometime at an undescribed future, either at the next halving or in 2141. The truth is on a daily basis, every single miner in the industry looks at six or seven different factors: the efficiency of their mining equipment, the price of electricity in their local fiat, the cost of their operation system, the current price of Bitcoin in fiat, the reward that's available as a block subsidy, the average amount of fees they can get, and the relative proportion of hashing power. They decide based on all of these factors. Do I leave this specific machine on at its current efficiency, or do I turn it off, or do I point it to another coin? That happens every single day. Every single day that decision continues, it’s rebalancing all of these dynamic factors. So the shift between block subsidy and fees happened every single day since January 3rd 2009 and it continues to happen today.
Sometimes, the capacity of the blockchain, the number of transactions that are in there, the value of the fees mean that it really attracts miners because there's a lot of fees to take. Other times, the fees decrease, the number of transactions decreases, so they're now more reliant on block subsidy and then it swings back and forth and back and forth. It's gonna oscillate in that way all the way to 2141.

We Are the Hosts of the Let's Talk Bitcoin! Show! We just spent 4 days at Bitcoin2013, Ask Us Anything!

UPDATE: OK Reddit! THANK YOU VERY MUCH! If you post more questions I'll check back in a few hours and make sure I didn't miss you
Title of AMA We Are the Hosts of the Let's Talk Bitcoin! Show! We just spent 4 days at Bitcoin2013, Ask Us Anything!:
Date/Time (EST): 12:00pm (Adam for the first hour, joined by Stephanie & Andreas after that)
Background/description of AMA subject: Lets Talk Bitcoin! is a twice weekly show about the future of money. Featuring new ideas, we focus on the people and projects who are building and powering the move towards Cryptocurrencies as the future of money.
*Adam B. Levine is a writer, editor & speaker who focuses on explaining complicated topics in understandable terms
*Andreas M. Antonopoulos is an expert in decentralized networks and secure systems
*Stephanie Murphy, PhD is a liberty loving scientist and syndicated radio host
Username being used for AMA: GamerAndy (Adam B. Levine), LTBStephanie (Stephanie Murphy, PhD) andreasMA (Andreas M. Antonopoulos)
Proof: http://letstalkbitcoin.com/post/51069051874/join-us-on-reddit-for-the-lets-talk-bitcoin-ama

We Donate 1 bitcoin to the ALS Association and challenge The BitGive Foundation and Andreas Antonopoulos to spread this worthy cause.

Like Bitcoin, coming together to fight disease is one of those things that everyone should get behind. It's a fiberous cause that binds us together no matter who you are or where you're from or what crazyness is going on in the world. I lost my grandmother Pan Zelenak several years ago to ALS and just like Hal Finney and Pete Frates, she was a remarkably accomplished person and extremely gifted.
In their honor Stephanie and I donate 1 bitcoin to the ALS Association. (Will be converted to USD whether it be me or the charity so it doesn't matter currently)
The Bitcoin community is the most charitable community I know and has inspired me to give more in the past 2 years than any other community I've ever been a part of. So with that said, I nominate The Bitgive Foundation & Andreas Antonopoulos and anyone else in this subreddit who wants to join me.
Lets continue to spread this great cause together
https://www.youtube.com/watch?v=NDFLzN2QwKU&index=1&list=UUNAIcmuZRb4fGLp70PzTMxQ
Update: Connie Gallippi over at the Bitgive Foundation has gracefully accepted. Albeit with a more environmentally conscious version. She will be dumping dirt on her head.
https://twitter.com/BitGiveOrg/status/502271265017589761
Edit :In the spirit of the current mini rally I will donate w/e the highest value of 1 bitcoin is for the last 24hr period until midnight tonight.
Edit 2: Donation proof ;) http://imgur.com/TgOEvbL and video about my grandma:https://www.youtube.com/watch?v=xh2d1BIBCVs

Let's Talk Bitcoin! is a show for users new and old of Cryptocurrencies and the current king of them all, Bitcoin! Episodes range from 55 minutes to a little over an hour, and include news, analysis and original interviews in a clean, audio-magazine format..
For previous episodes & our Listener Support widget, visit us at www.letstalkbitcoin.com
Send Listener Questions, Feedback, plus offers to help the cause and join our team to [email protected]
Also, we're looking for members to join our Bitcoin Community Roundtable - If you're doing something in the Bitcoin community and want to be made available of interview opportunities as they arise, Check out the specific thread for more details https://bitcointalk.org/index.php?topic=186752
Each episode takes about 10 hours to produce, please support the show if you like what we're doing. 16QBQGVAkwqRZVwDXL7sX5j4aoTQ6teYYX
Hosts: Adam B. Levine Stephanie Murphy,PhD Andreas M. Antonopoulos
Shownotes for Episode 7 - “Ripple & The Deflationary Business Model ”

Bitcoin educator Andreas Antonopoulos says he would like to see more privacy features on Bitcoin, but they’re unlikely to happen anytime soon. SPONSORED BY SWAN BITCOIN - https://GaryLeland.com ... From the silk road to crypto kitties, Andreas Antonopoulos believes Ethereum can solve many of the worlds problems. This talk gives a great overview as to the state of the crypto industry as of 2019. Andreas M. Antonopoulos (best-selling author, speaker and bitcoin educator) joins me in this episode to talk about his views on Bitcoin Maximalism as contrasted with a multicoin view. Join Adam B. Levine, Andreas M. Antonopoulos, Jonathan Mohan and Stephanie Murphy for a live bitcoin Q&A and discussion at BTC2019. This episode of Let's Talk Bitcoin! was sponsored by Edge.app ... Norway Bitcoin- and Blockchain Association Interview with Andreas M. Antonopoulos April 27 2017 Interviewer: Stephan Nilsson, founder of Norway Bitcoin- and ...